Walk All Over Me (2007) starring Leelee Sobieski on DVD


This sale is for Walk All Over Me (2007) starring Leelee Sobieski on DVD.

5.7
Director: Robert CuffleyWriters: Robert Cuffley, Jason LongStars: Leelee Sobieski, Tricia Helfer, Lothaire BluteauSummary: Alberta, a mousy young woman with the survival skills of a snail, loses cash that isn't hers, so she runs from her small town to Seattle where her old babysitter, Celene, lives - a dominatrix with a classy apartment and a life plan. She lets Alberta stay. Alberta gets a job as a checker at a supermarket and becomes fascinated with Celene's work. While vamping in one of Celene's costumes, Alberta ruins it; to make the money to pay Celene back, Alberta contacts Paul, who's sent Celene a tape asking to be a client. Alberta poses as Celene, fitfully playing the part when thugs burst into Paul's apartment looking for $500,000 he stole. Alberta is over her head. Is there any way out? Written by <[email protected]> 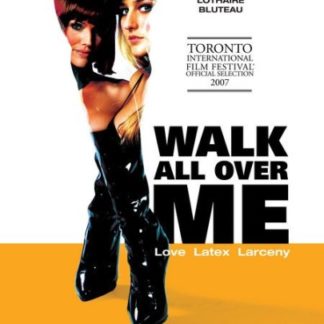