This sale is for The Slaughterhouse Murders (2014) starring Johnathan Gorman on DVD.

4.2
Director: James Ian MairWriters: James Ian MairStars: Johnathan Gorman, Cassandra Schomer, Tara BixlerSummary: In the 1970s, a mass murder spree took place in Coldwater, Indiana. Senior Detective John Donovan was able to apprehend the killer, who was executed in the electric chair. In 2014, Ted Granger , a farmer who recently lost his grandson to heart failure, resurrects the deceased killer to wreck havoc on the people who have wronged him over the years. Standing in the way of the murderers is Detective Michael Rives, who races against the clock to discover the origin of the killer and what his next move will be. On the run is Rebecca Watson, a young college student who was watching the farmer's grandson at the time of his death. Written by Moonlight Films
Also known as: A Whisper in the Dark (on a region-free DVD). 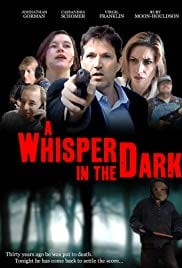 You're viewing: The Slaughterhouse Murders (2014) starring Johnathan Gorman on DVD $12.00
Add to cart
0