This sale is for Fatal Desire (2006) starring Anne Heche on DVD.

6.1
Director: Ralph HemeckerWriters: Ray Wright, Mark MorrisStars: Anne Heche, Eric Roberts, Kathleen YorkSummary: Tanya Sullivan (alias Sexykitten), mother of teenager Molly, with a crummy cosmetics sales job in Pittsburgh, meets over Internet a great gay, casino employee Joe Donnely (alias Jerseydude), an ex cop -made to resign after testifying truthfully against the PD- and divorced tender father of teenage son Teddy, who chose to live with him but preferred Rhode Island where his mother still lives. After months of hot mail, Tanya flies a first time to Atlantic City and they start to have hot sex. Once she's pregnant, she tells Joe she was abused by her wife-beating father, and is again by her husband Mark, a gangster. He realizes paternity is uncertain, but stands by her, and after threats and insults from Mark flies to Pittsburgh, with his gun; from then on everything goes horribly wrong... Written by KGF Vissers
Also known as: Fatal Desire (on a region-free DVD). 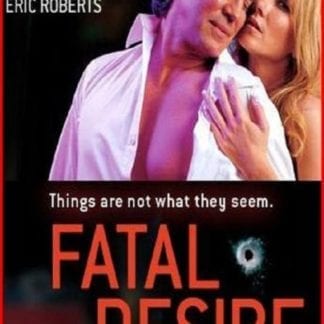