This sale is for Subterfuge (1968) starring Gene Barry on DVD.

6.0
Director: Peter Graham ScottWriters: David WhitakerStars: Gene Barry, Joan Collins, Richard ToddSummary: A young wife is becoming very distraught over the fact that her husband, a secret service "spy" for England, has changed his mind about transferring away so that he can spend more time with her and their young son. He has grown cold and distant towards her; she thinks it 's because of the secretiveness of his work. Meanwhile, an American spy comes to England and is induced to help the British "team" with an undercover spy ring. When this spy ring is over turned the "bugs" that crawl out from under its rock shocks everyone! Written by McGinty <[email protected]> 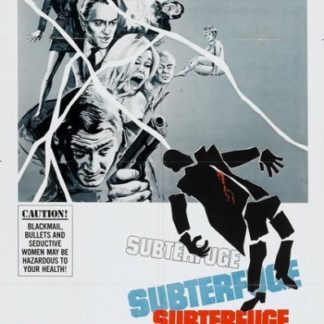