This sale is for Nostradamus (1994) starring Tchéky Karyo on DVD.

5.8
Director: Roger ChristianWriters: Piers Ashworth, Roger ChristianStars: Tchéky Karyo, F. Murray Abraham, Rutger HauerSummary: Recounts the life and loves of the physician, astrologer, and famed prognosticator; his encounters with medieval science and the Inquisition; and his early struggles with his visions of the future. This movie is set in France in the sixteenth century during one of the periodic plague outbreaks (as opposed to the Black Death (mid fourteenth century Europe) or the Black Plague (mid seventeenth century London, England)). This movie depicts Michel Nostradamus' (Tchéky Karyo's) rise in influence, because of his success in treating the plague and his predictions, culminating in his appointment as court physician to Charles IX of France. Written by Lyle
Also known as: Nostradamus (on a region-free DVD). 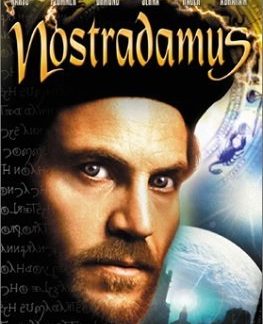