The Violent Professionals (1973) with English Subtitles on DVD


This sale is for The Violent Professionals (1973) with English Subtitles on DVD.

6.5
Director: Sergio MartinoWriters: Ernesto GastaldiStars: Luc Merenda, Richard Conte, Silvano TranquilliSummary: When Milano police lieutenant Giorga's chief is murdered by an organized crime ring, he vows to avenge his boss's death. Going undercover to continue the chief's investigation, he plans to take over a pimping outfit and then proceed to beat up enough low-level thugs until the big guys in the crime ring take notice of him, letting him get close enough to uncover their secrets. Should this unorthodox method actually work, he still must take down the entire organization single-handed. Written by Jean-Marc Rocher <[email protected]>
Also known as: Milano trema: la polizia vuole giustizia (on a region-free DVD). 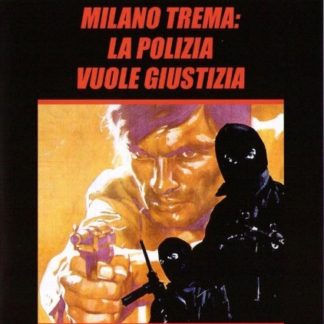