This sale is for Yaqui Drums (1956) starring Rod Cameron on DVD.

6.0
Director: Jean YarbroughWriters: D.D. Beauchamp, Jo PaganoStars: Rod Cameron, Mary Castle, J. Carrol NaishSummary: Mexican bandit Yaqui Jack and his men hold up a stage coach, kill the driver and guard and are robbing the passengers, ranch owner Matt Quigg, his son Lute and Linda, when they in turn are ambushed by Lefty and his gang. Yaqui Jack is shot but escapes and reaches the camp of Webb Dunham, who treats his wounds. They separate with Webb going to the ranch of his brother who has been murdered. Suspicion turns on Matt, who claims title to the brother's ranch, and has Webb brutally beaten after ordering him from the property. Webb goes to Matt's saloon, where Linda sings, and she and Webb had been in love in California. Webb retaliates against Matt for his beating, and Matt hires Lefty to kill Webb. Lefty, waiting in Webb's cabin to ambush him, is overpowered by Yaqui Jack who has returned to help the man who aided him, and asks Webb to join him and his friends in their fight to free Mexico. Matt, Lute, Linda and Lefty and the sheriff are kidnapped by Yaqui Indians, as is Webb, who shot a ... Written by Les Adams <[email protected]>
Also known as: Yaqui Drums (on a region-free DVD). 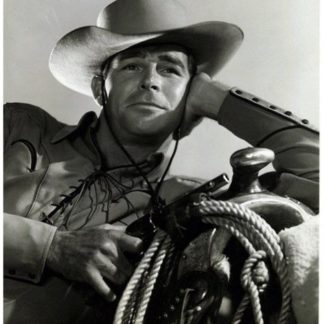