This sale is for Fury at Gunsight Pass (1956) starring David Brian on DVD.

6.3
Director: Fred F. SearsWriters: David LangStars: David Brian, Neville Brand, Richard LongSummary: Part of an outlaw gang rides into town to rob the bank and their accomplice is the local undertaker. The robbery goes awry and they are captured but the money is not found. While the prisoners are being transferred, the rest of the gang overpowers the posse, frees the prisoners, and returns to town. The undertaker's wife finds the money and tries to flee putting the townspeople's life in jeopardy as the outlaw leader plans to start shooting them unless he gets the money. Written by Maurice VanAuken <[email protected]>
Also known as: Fury at Gunsight Pass (on a region-free DVD). 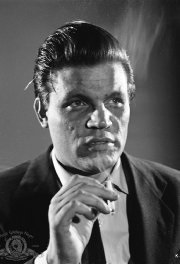