The Rider of the Law (1935) starring Bob Steele on DVD

5.7
Director: Robert N. BradburyWriters: Jack NattefordStars: Bob Steele, Gertrude Messinger, Si JenksSummary: Bob Marlow is sent undercover to an Arizona town where an outlaw gang, comprised of the six Tolliver brothers, have taken over the town and terrorizing the citizens. He comes to town, posing as an Eastern dude, and, through a series of incidents manages to get rid of three of the brothers, mostly through their own ineptness. The remaining brothers decide to get-while-the-gettin'-is good, rob the bank and head for the Mexican border. But Bob isn't far behind. Written by Les Adams <long[email protected].net>
Also known as: The Rider of the Law (on a region-free DVD). 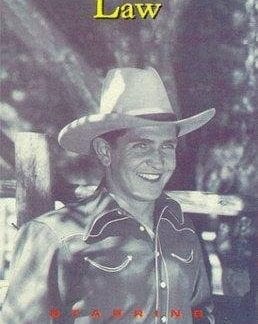