Winnetou: The Red Gentleman (1964) with English Subtitles on DVD


This sale is for Winnetou: The Red Gentleman (1964) with English Subtitles on DVD.

6.6
Director: Harald ReinlWriters: Karl May, Harald G. PeterssonStars: Lex Barker, Pierre Brice, Anthony SteelSummary: When white settlers encroach on Indian lands, the Assiniboins declare war on the settlers. Apache chief Winnetou vows to help keep the peace between whites and natives. He saves the daughter of the Assiniboin chief and in return he asks for the lives of three troopers held captive by the tribe. Among the three captives is Lt. Robert Merril, son of fort commander Col. J.F. Merril. Meanwhile, crooked oilman Bud Forrester schemes to start a war between the Army and the natives. Forrester sends his men to attack wagon trains and settlements and he blames the Indians. By starting a conflict between Indians and the Army, Forrester hopes to grab Indian land that is rich in oil. Frontier scout Old Shatterhand, Apache chief Winnetou and British adventurer Lord Castlepool join forces in an attempt to stop oilman Bud Forrester from succeeding with his evil plan. Also, fort commander Col. J.F. Merril offers his assistance to Winnetou in hunting down of those responsible for the latest attacks and... Written by nufs68

Be the first to review “Winnetou: The Red Gentleman (1964) with English Subtitles on DVD” Cancel reply 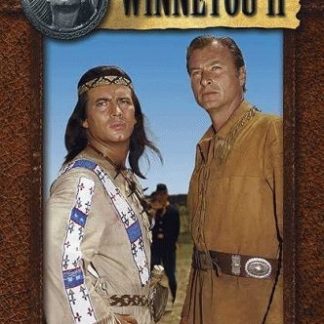