Winnetou: The Last Shot (1965) with English Subtitles on DVD


This sale is for Winnetou: The Last Shot (1965) with English Subtitles on DVD.

6.7
Director: Harald ReinlWriters: Karl May, J. Joachim BartschStars: Lex Barker, Pierre Brice, Rik BattagliaSummary: After the Civil War, desperadoes led by a renegade named Rollins, following the settlers moving westward, try to drive a wedge in the friendship between the whites and the Indians. Apache chief Winnetou and his frontier friend, Old Shatterhand, do what they can to keep the peace. Rollins' henchmen try to keep Winnetou away from the warring Jicarillos' chief, White Buffalo, but he fights his way through, only to be confronted by Rollins carrying the chief's son, stabbed in the back with Winnetou's knife. Winnetou is accused of the killing. It is up to Old Shatterhand to save his friend. Written by Les Adams <[email protected]>

Be the first to review “Winnetou: The Last Shot (1965) with English Subtitles on DVD” Cancel reply 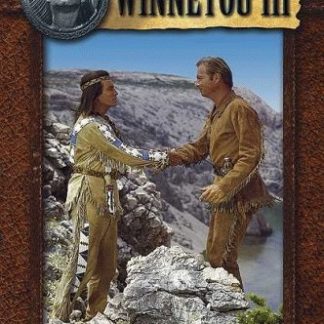