This sale is for The Shadow (1937) starring Rita Hayworth on DVD.

7.3
Director: Charles C. ColemanWriters: Milton Raison, Arthur T. HormanStars: Rita Hayworth, Charles Quigley, Marc LawrenceSummary: Mary Gillespie is restoring the Col. Gillespie Circus to its former splendor after her father's death. With the help of her publicist boyfriend Jim, the sell-out crowds are returning to the big top. Egotistical equestrian star Senor Martinet, however, holds $60,000 of notes signed by the Colonel and due in 24 hours. When a mysterious shadowy figure is seen on the circus lot, and Martinet is murdered in the center ring during his performance, there are suspects aplenty, including Vindecco, Martinet's badly abused hunchback assistant. When Vindecco is murdered after confiding clues to Mary, Jim turns her over to the local sheriff, and continues the investigation to unmask the shaodw on his own. Written by Sister Grimm <[email protected]>
Also known as: The Shadow (on a region-free DVD). 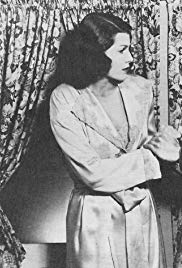