This sale is for The Passover Plot (1976) starring Harry Andrews on DVD.

4.8
Director: Michael CampusWriters: Millard Cohan, Paul GoldingStars: Harry Andrews, Hugh Griffith, Zalman KingSummary: Dramatization of the controversial best-seller that posits an alternate version of the birth of Christianity. In this version, Jesus planned for His crucifixion by taking a drug that would simulate death. After His unconscious body was placed in the tomb, a religious sect known as the Zealots would secretly steal Christ's body from the tomb, then spread the rumor that He had risen, thus fulfilling Biblical prophecy. Written by Mike Konczewski
Also known as: The Passover Plot (on a region-free DVD). 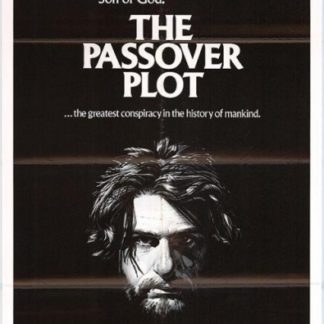