The Lady and the Highwayman (1989) starring Emma Samms on DVD


This sale is for The Lady and the Highwayman (1989) starring Emma Samms on DVD.

Director: John HoughWriters: Barbara Cartland, Terence FeelyStars: Emma Samms, Oliver Reed, Claire BloomSummary: The young Lady Panthea Vyne (Lysette Anthony) falls in love with the handsome highwayman (Hugh Grant), who saves her from her brutal husband. He kills him in a fair duel. Later, when Charles II (Michael York) is reinstated as King of England, she attends the royal court. But here she becomes the enemy of the King's former mistress, and the plot against her thickens. Written by <[email protected]>
Also known as: The Lady and the Highwayman (on a region-free DVD). 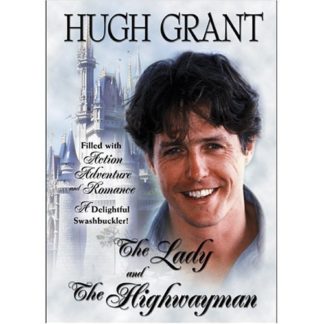