This sale is for Three Giants of the Roman Empire (1971) with English Subtitles on DVD.

4.8
Director: Bitto AlbertiniWriters: Bitto AlbertiniStars: Brad Harris, Massimo Serato, Raf BaldassarreSummary: In 310 AD, the Roman Empire is under threat by traitors within the Roman government. After continuous attacks on their northern borders by hordes of Germanic barbarians, Centurion Marcus discovers that the invaders have been supplied with Roman weapons and equipment. Proconsul Tullius Valerius suspects that Gaius Appius Quintillianus, the provincial governor of the northern Germanic states, is secretly collaborating with those barbarian chiefs plotting to end Roman rule. Valerius decides to attack the barbarians, which he knows will be heavily criticised by the senators in Rome, and puts Marcus in command of the operation. Newly promoted vice-consul Marcus, a former gladiator, and his two faithful friends must go undercover to find the truth and discover the traitors behind this treacherous plot before it's too late. Written by bcarruthers-76500
Also known as: Three Giants of the Roman Empire (on a region-free DVD). 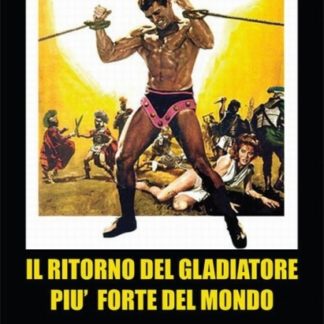