Director: Brian Cunningham, Matt NiehoffWriters: Brian Cunningham, Matt NiehoffStars: Al Snow, John Wells, Sebrina ScottSummary: Raph and Max only kill bad guys, and only after their boss Sam, a high-powered attorney, has cashed a nice paycheck for getting her sleazy clients off the hook. When Sam sends our heroes on a routine hit, they find themselves caught up in a conspiracy they never imagined. But whatever trouble they've gotten themselves into is nothing compared to the wrath of Raph's wife if he doesn't make it home in time for his son's birthday party. Being a good hit man is tough; being a good dad is killer! Written by Brian Cunningham
Also known as: Overtime (on a region-free DVD). 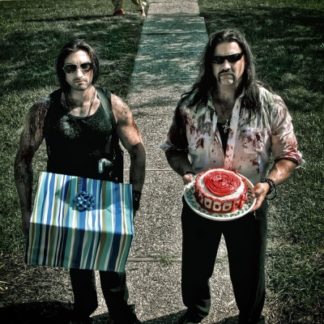