6.5
Director: Gô ShibataStars: Takaya Hasegawa, Yu Kakuta, Kenji MoriSummary: Ryuich, the survivor when bombing in Nagasaki has the amazing document of those tragic at the order, it is record of explosion of an atomic bomb on August 9, 1945 11:02. He has made this record at five-year age on the tape recorder of the father. The sound of a bomb injures mentality of the young man, causes him almost physical pain, but gradually he finds in is mute also a consolation. Over time Ryuichi becomes we will gain the idea to recreate this awful sound that his mind and its life threatens.
Also known as: Nn-891102 (on a region-free DVD). 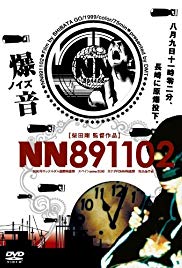