No Orchids for Miss Blandish (1948) with English Subtitles on DVD


This sale is for No Orchids for Miss Blandish (1948) with English Subtitles on DVD.

6.0
Director: St. John Legh ClowesWriters: James Hadley Chase, St. John Legh ClowesStars: Jack La Rue, Hugh McDermott, Linden TraversSummary: John Blandish is worth $100 million. His heiress daughter is soon to be wed to Foster Harvey, who believes she's a cold, unfeeling woman, despite loving her. Her cold emotional state is in large part due to leading a restricted life. A low level thug named Johnny overhears their secret wedding night plans, and peddles the idea of robbing her of the $100,000 worth of diamond jewelry with which she will be adorned to two groups of his gangster acquaintances, who are in competition with each other. The robbery doesn't go quite according to plan, with Miss Blandish ultimately being kidnapped and held under the eye of Slim Grisson, the heir apparent as head of the violent Grisson gang, currently run by Ma Grisson. Kidnapping holds higher risk but possible greater reward as everyone figures they can get at least $1 million for her. Ma has no plans of letting her go, killing her after getting the money. But a surprise move by Slim, who has a secret past with Miss Blandish, turns the tables ... Written by Huggo
Also known as: No Orchids for Miss Blandish (on a region-free DVD). 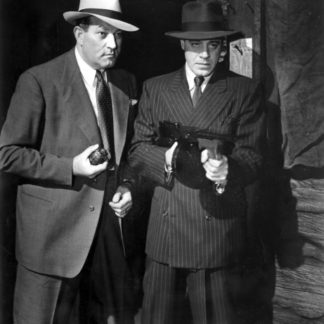