This sale is for Tainted Blood (1993) starring Raquel Welch on DVD.

6.0
Director: Matthew PatrickWriters: Ginny Cerrella, Kathleen RowellStars: Raquel Welch, Alley Mills, Kerri GreenSummary: Raquel Welch is an author researching a new book, when she comes across the story of a surprising double murder-suicide. A smart, young, athletic high school student adopted by his parents at a young age had killed his well-respected family, then committed suicide. Welch goes on a hunt to discover that the boy's biological mother had been a patient in a mental institution and that the boy is part of a fraternal twin set. His sister had also been adopted, and Welch, fearful of a murderous genetic trait, takes it upon herself to find the sister. Meanwhile, two good friends and neighbors, Wagner and Green, exhibit the type of behavior that leads to believe that one of them is the missing sister. Welch tracks them down and it's only a matter of time to discover which one has the deadly trait. Written by Anonymous
Also known as: Tainted Blood (on a region-free DVD). 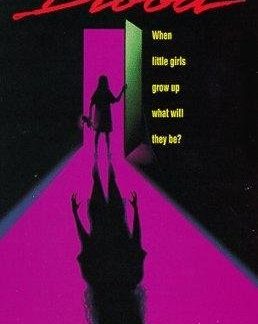