This sale is for Jiang shi yi sheng (1990) with English Subtitles on DVD.

5.9
Director: Jamie LukWriters: Jamie LukStars: Bowie Lam, Ellen Chan, Sheila ChanSummary: Dr. Chiang Ta-Tsung (Bowie Lam), on business in England, unintentionally visit a brothel to find help after his car breaks down. The brothel is, unfortunately, a lair for vampires who seduces men for their blood to feed their Vampire Master (Peter Kjær). Tsung is seduced by one of them named Alice (Ellen Chan), but she falls in love with him instead. After Tsung returns home in Hong Kong, he learns that he possesses vampire traits and, to make matters worse, is being pursued by a reluctant Alice, who was ordered by the Vampire Master to bring Tsung back to their lair. Written by Oliver Chu
Also known as: Jiang shi yi sheng (on a region-free DVD). 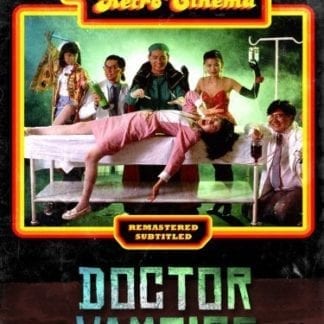