This sale is for Carnival of Souls (1998) starring Bobbie Phillips on DVD.

Director: Adam GrossmanWriters: John Clifford, Adam GrossmanStars: Bobbie Phillips, Shawnee Smith, Larry MillerSummary: The eleven year-old girl Alex Grant witnesses her mother being raped and killed at home by the carnival clown Louis Seagram. Many years later, Alex works with her younger sister Sandra Grant in the Mermaid Inn that was owned by their mother. Out of the blue, Alex is attacked by Louis that was hidden in the backseat of her car on the day of the anniversary of the death of her mother. She struggles with Louis and drives her car into the sea to protect her sister. Then she swims back to the shore on the area of a carnival. From this moment on, Alex has nightmares and daydreams with Louis. What is happening with Alex? Written by Claudio Carvalho, Rio de Janeiro, Brazil
Also known as: Carnival of Souls (on a region-free DVD). 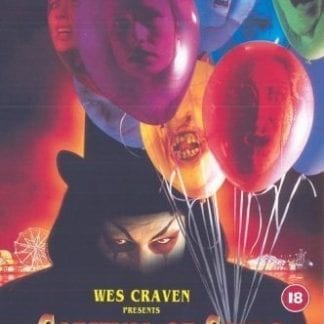