This sale is for Egészséges erotika (1986) with English Subtitles on DVD.

7.6
Director: Péter TímárWriters: Péter TímárStars: Ádám Rajhona, Róbert Koltai, Judit NémethSummary: In a squirming Hungarian crate factory which only employs female workers, the newly appointed fireman not only buys fire extinguishers full of petrol to save money, but also proposes the installation of an expensive, hidden camera system that would monitor the women's dressing room for the viewing pleasure of both the fireman and his boss. The new, secret daily entertainment of watching the women change their clothes at the beginning and the end of their shift soon turns into the only attractive feature of the factory in the eyes of various tradesmen, causing a boom in crate sales. The management's conflicts with the workers, however, leads to rebellion when the women find out that their naked bodies were used for marketing purposes. Written by Adam Dobay
Also known as: Egészséges erotika (on a region-free DVD). 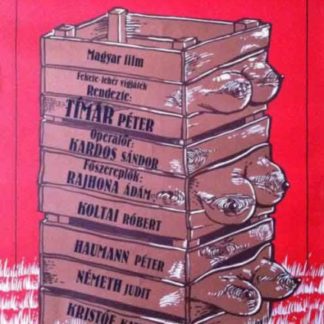