This sale is for Knee Dancing (1988) starring David Ariniello on DVD.

5.6
Director: Doreen RossWriters: Doreen RossStars: David Ariniello, Gertrude Clement, Gary FaulknerSummary: Doreen Ross plays Laura Zuckerman a young housewife tortured by experiences of childhood sexual abuse. This is a poignant display of the human mind desperately grasping for normalcy while having been "trained" otherwise at an early age. While Lauras mother is in the hospital for a long stay her father terrorizes Laura. Sex then is the next step and before Lauras mother comes home her father makes her promise not to tell her mother what he has been doing to her. Lauras reality is now well tainted as she oscillates repeatedly between what is real versus what she thinks is real in the actions of both men and women towards her. Written by lament
Also known as: Knee Dancing (on a region-free DVD).
Source: imdb.com 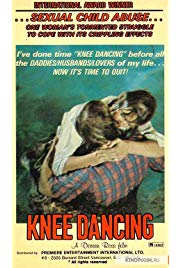