Crime of the Century (1996) starring Stephen Rea on DVD


This sale is for Crime of the Century (1996) starring Stephen Rea on DVD.

7.2
Director: Mark RydellWriters: Ludovic Kennedy, William NicholsonStars: Stephen Rea, Isabella Rossellini, J.T. WalshSummary: In 1932, the nation was shocked when the 14-month-old son of Charles Lindbergh was kidnapped, held for ransom, and murdered. Two years later, Bruno Richard Hauptmann was arrested, convicted, and executed. This film dramatizes the investigation against Hauptmann, the trial, and the execution, painting a picture of a corrupt police force under pressure to finger a killer framing an innocent man by manufacturing evidence, paying-off and blackmailing witnesses, and covering up exculpatory evidence. Written by Steve Derby <[email protected]>
Also known as: Crime of the Century (on a region-free DVD). 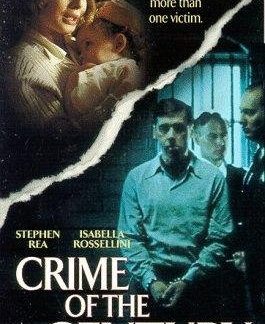