The Dead Will Tell (2004) with English Subtitles on DVD


This sale is for The Dead Will Tell (2004) with English Subtitles on DVD.

5.0
Director: Stephen KayWriters: Mark Kruger, Nancy FichmanStars: Anne Heche, Kathleen Quinlan, Chris SarandonSummary: In New Orleans, the lawyer Emily Parker meets the handsome Billy Hytner by chance; they date and fall immediately in love for each other. One month later, Billy proposes her and gives an engagement ring he bought in an antiquary shop. From this moment on, Emily has visions of a weird woman and she decides to investigate about the previous owner of the antique ring. She discovers that the woman that is haunting her is Marie Salinger, who disappeared in 1969, and the police had found only her severed finger with the ring. Her fiancé Paul Hamlin was accused of the murder but considered not-guilty by the jury. Meanwhile, Emily meets Billy's parents and is not accepted by her future mother-in-law Beth Hytner. Emily continues to investigate the murder, disclosing the truth about Marie's death. Written by Claudio Carvalho, Rio de Janeiro, Brazil
Also known as: The Dead Will Tell (on a region-free DVD). 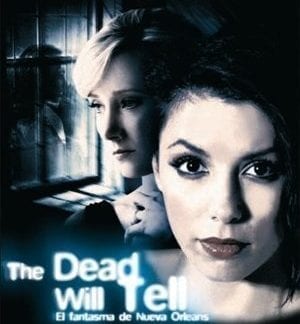