5.7
Director: Don BrodieWriters: Harry O. Hoyt, Elizabeth HayterStars: Jan Wiley, Phil Warren, Eddie DunnSummary: Exotic-dancer Eve Lorraine('Jan Wiley')), with aspirations of being a screen actress, isn't happy with the direction her career has taken, what with performing at a club where the opening and closing act is Selika Pettiford (Selika Pettiford) playing the organ. She's being ragging her boy friend slash publicity agent, Dan McGrath (Phil Warren)) to get her some attention, so while she is dancing around a smoke pot, dandy Dan puts in a call to police sergeant Tomlin (Dick Rush) to send them over to the club because Eve is performing a dance that will corrupt the town's morals for decades to come. So the obliging Tomlin drops by and arrests her. Bail bondsman Gus Hoffman(Eddie Dunn) bails Eve out of the clink, and gets the idea she could be passed off as a candidate for a 'missing since childhood' heiress, and he and lawyer Campbell (Emmett Vogan) hustles Eve over to meet the Sardham family, who may or may not be all that enthused about finding the missing relative. Written by Les Adams <[email protected]>
Also known as: A Fig Leaf for Eve (on a region-free DVD). 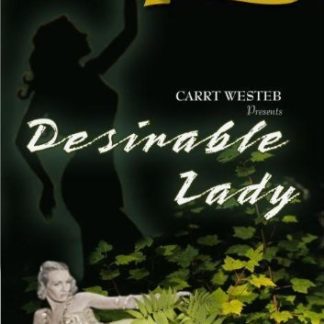