6.3
Director: Tseng-Chai ChangWriters: John YipStars: Han Chin, Tina Chin-Fei, Ti AiSummary: Lin, a handsome guy from a small village comes to Hong Kong to seek his fortune, only to find himself at a job interview, where he is asked by a beautiful woman, Du Pi to remove his clothing. Being an ambitious sort, the complies, and soon finds himself caught up in a very strange reality. Treated like a slab of meat by powerful women, who demand more than he can give, Lin ultimately disappoints everyone in his life, and moves from place to place, and bed to bed. Older women, young women, even a miserable old woman with no legs (!) expect not only sex from this guy, but also love, devotion, and total submission. Soon, he finds himself alone, and is forced to move in with a sexually confused man, who he finds out too late, is his only true friend.
Also known as: Sex for Sale (on a region-free DVD). 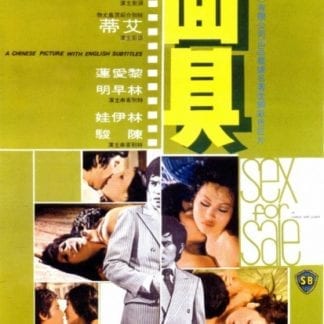