This sale is for 12 Citizens (Shi’er gongmin) 2014 with English Subtitles on DVD.

7.1
Director: Ang XuWriters: Jinglong Han, Yujiao LiStars: Bing He, Jia Lei, Gang WangSummary: When the film broke out that a young man coming from a rich adopted family murdered his birth father, the controversy around the case hit a nerve with the public at large. An experiment was held through the form of virtual court inside a college to discuss this hot topic. During the process of virtual court, 12 Chinese people from different walks of life got together and discussed the case like a jury. Through intricate and thought provoking questions from the main character, people start to think more critically about the case. During this process, one sees the revelation of people's bias and emotional-preconceptions about the suspect, about each other, and also about the society. A dialogue was commenced between different social classes and lights shed on the common mistakes we make when prejudices and judgments are involved are shown through the turning of the jury one by one. After several tense, fierce rounds of debate, they walked out with a unanimous decision about the case and... Written by Anonymous
Also known as: 12 Citizens (on a region-free DVD). 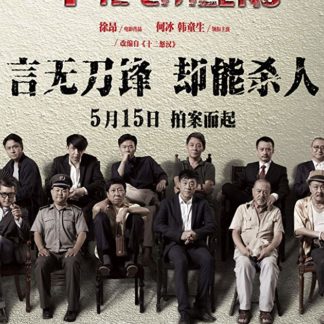