Director: Nikita MikhalkovWriters: Nikita Mikhalkov, Aleksandr Novototskiy-VlasovStars: Sergey Makovetskiy, Sergey Garmash, Apti MagamaevSummary: A loose remake of 12 Angry Men (1957), set in a Russian school. 12 jurors are struggling to decide the fate of a Chechen teenager who allegedly killed his Russian stepfather who took the teenager to live with him in Moscow during the Chechen War in which teenager lost his parents. The jurors: a racist taxi-driver, a suspicious doctor, a vacillating TV producer, a Holocaust survivor, a flamboyant musician, a cemetery manager, and others represent the fragmented society of modern day Russia. A stray bird (a touch of New Age cinema) is flying above the jurors' heads, alluding to tolerance. Written by Steve Shelokhonov
Also known as: 12 (on a region-free DVD). 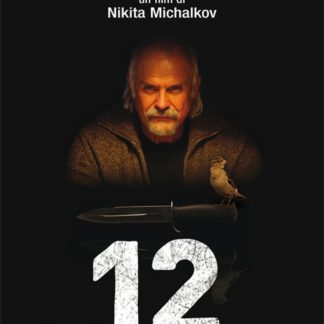