6.8
Director: Spencer Gordon Bennet, Wallace GrissellWriters: Basil Dickey, Jesse DuffyStars: George J. Lewis, Linda Stirling, Lucien LittlefieldSummary: Hammond, owner of the town's stagecoach line and a leading citizen, is opposed to Idaho becoming a state, and kills Randolph Meredith, owner of the town's newspaper, for endorsing it. Meredith's sister Barbara, expert with a bullwhip and pistol, dons a black costume and mask and becomes "The Black Whip", dealing a blow to Hammond and his gang each time they perform some heinous act in their efforts to keep the town, and their power over it, unchanged. Aided by government agent Vic Gordon, Barbara confronts Hammond in a final showdown just as the town votes on whether or not to accept statehood. Written by Doug Sederberg <[email protected]>
Also known as: Zorro's Black Whip (on a region-free DVD). 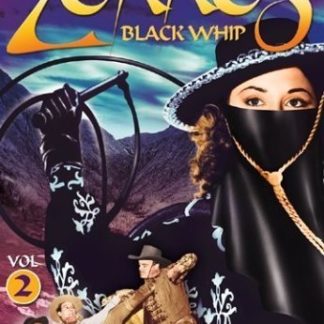