…ya no puede caminar. (2001) with English Subtitles on DVD


This sale is for …ya no puede caminar. (2001) with English Subtitles on DVD.

6.4
Director: Luiso BerdejoWriters: Luiso BerdejoStars: Junio Valverde, Miriam Giovanelli, Pepo OlivaSummary: A child, Pacheco, has a phobia of small animals (insects, worms, lizards and so on). His father, in an attempt to help him get over his phobia, exposes him to a very unusual therapy: he makes him sleep with some of these animals closed in a jar and kept in the house. In this way, Pacheco slowly gets used to contact with the animals and is finally able to overcome his initial repugnance to the point of even feeling affection for them. So much so that the final result goes way over his father's wildest expectations. Written by CortoCircuito
Also known as: ...ya no puede caminar. (on a region-free DVD).

Be the first to review “…ya no puede caminar. (2001) with English Subtitles on DVD” Cancel reply 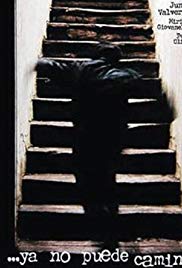