Into the Darkness (1986) starring Donald Pleasence on DVD


This sale is for Into the Darkness (1986) starring Donald Pleasence on DVD.

4.1
Director: David Kent-WatsonWriters: David Kent-Watson, John Saint RyanStars: Donald Pleasence, Ronald Lacey, Polly Jo PleasenceSummary: Young boy witnesses his prostitute mother having sex with a john for money. A few years later, in London, an unseen killer often represented by pov shots stabs a prostitute to death and then infiltrates a photo-crew traveling to Malta for a hot photo-shoot. Once there, he starts taking out the sexy models one by one by strangling them. The sleazy modeling agent David Beckett, who organized the shoot, and his right hand man Jeff Conti must catch the killer before he finishes his bloody crusade and escapes.
Also known as: Into the Darkness (on a region-free DVD). 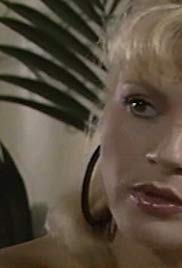