This sale is for Wyoming (1947) starring Bill Elliott on DVD.

6.9
Director: Joseph KaneWriters: Lawrence Hazard, Gerald GeraghtyStars: Bill Elliott, Vera Ralston, John CarrollSummary: Charles Alderson and his wife settle in the Wyoming Territory, and form a lasting friendship with Thomas Jefferson "Windy" Gibson. Alderson's wife dies in childbirth, leaving him with an infant daughter, who he sends to Europe for an education. During the years in which she is abroad, Alderson becomes a wealthy cattle baron. The daughter, Karen, returns to Wyoming soon after it has been admitted to statehood. She finds that much of the land her father has considered as his own is now open to homesteaders, and that hostilities have broken out between the two factions. Alderson's foreman, Glenn Forrester, a former lawyer with whom Karen falls in love, warns Alderson against using violence in dealing with the homesteaders. Duke Lassiter, a smooth operator dealing in cattle rustling, sets himself up as a spokesman for the homesteaders and uses their fight with Alderson to further his own interests. When Lassister murders Windy, Alderson hires a gang of outlaws to war on the homesteaders. Written by Les Adams <[email protected]>
Also known as: Wyoming (on a region-free DVD). 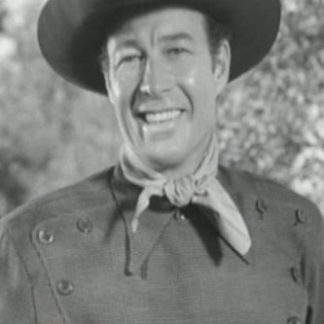