Wrath of God (1968) with English Subtitles on DVD


This sale is for Wrath of God (1968) with English Subtitles on DVD.

5.5
Director: Alberto CardoneWriters: Alberto Cardone, Italo GasperiniStars: Brett Halsey, Fernando Sancho, Wayde PrestonSummary: Mike arrives home and sees it was vandalized, but seven silver dollars were left untouched - not much considering the bandits took his US$10,000 cash he needed to pay his farm, and took the invaluable honour and life of Jane, his wife. Mike buries Jane and parts in a relentless search and revenge mission, in which he must use his cunning and revenge, killing each man of the band one by one. He leaves one silver dollar near each body. His encounter with Burd in a cave would probably be the last, but before the man can tell where the loot has been hidden, Mike's friend appear and shoots the bandit. Mike still has to find out who the seventh bandit is, and there are not much possibilities left. Written by Artemis-9 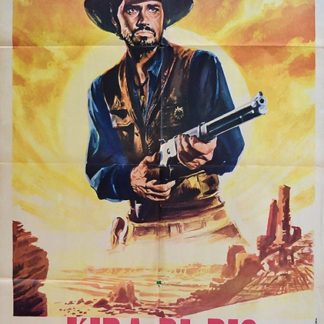