This sale is for Women’s Prison (1955) starring Ida Lupino on DVD.

6.5
Director: Lewis SeilerWriters: Crane Wilbur, Jack DeWittStars: Ida Lupino, Jan Sterling, Cleo MooreSummary: During the 1950s, two women inmates are sent to a maximum security state prison. One of the two women is a repeat offender who knows many of the inmates and guards at the prison. She almost feels like returning home to her prison family. The other woman is a decent person, a first-time offender who's no criminal.She unintentionally killed a child in a car accident. She's very young, married, and is terrified of being in prison. Her mental state is very fragile. The women's prison is adjacent to the men's prison. The two prisons are separated by a high wall but there are secret ways of crossing from one prison into the other. Warden Brock is in charge of the men's prison while Amelia van Zandt is the heartless brutal director of the women's prison. The guards are severe and not very friendly, since, they too, fear the wrath of their female warden van Zandt. The only ray of hope and decency in this earthly inferno is the prison doctor, Dr. Crane. However, the good doctor has little ... Written by nufs68
Also known as: Women's Prison (on a region-free DVD). 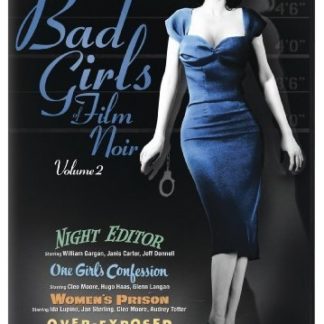