This sale is for Wolf Riders (1935) starring Jack Perrin on DVD.

6.1
Director: Harry S. WebbWriters: Carl Krusada, Rose GordonStars: Jack Perrin, Lillian Gilmore, Lafe McKeeSummary: A friendly Indian, Red Wolf is entrusted by a dying settler, killed by white renegades, to take his baby boy. When the boy is five, Red Wolf turns him over to Frank Clark, the Wolfville Indian Agent, to make certain he will be with his own race and receive a white man's education. The boy, Jack Jennings grows up and is given a commission as Inspector of the Indian Agency, and is in love with Clark's daughter, Mary. He is kept busy fighting the outlaws who are stealing furs from his Indian friends. The gang leader, Al Pierce, has a fight with saloon owner Butch Weldon, organizer and brains behind the fur-theft gang, over the favors of dance hall queen Peggy Packard, and Al threatens to reveal the gang's entire operation to Jack unless Butch keeps away from Peggy. Killing two birds with one stone, Butch kills Al and frames Jack for the murder. Jack is jailed. Jack escapes when the revenge-seeking Peggy shoots at him and misses as he is being taken to the County Seat to get away from a ... Written by Les Adams <[email protected]> 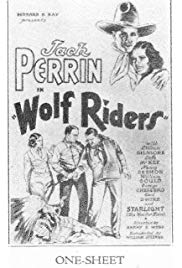