This sale is for Washington Melodrama (1941) with Frank Morgan on DVD.

6.5
Director: S. Sylvan SimonWriters: Marion Parsonnet, Roy ChanslorStars: Frank Morgan, Ann Rutherford, Kent TaylorSummary: Calvin Claymore is a wealthy businessman trying to get a bill passed to help the starving children of Europe at the outbreak of World War 2. He meets a dancer at a night club, escorts her home, but later the girl is found murdered, and Claymore, who was seen leaving her apartment, is accused of her death. After a man's glove is found at the dead girl's apartment, the police start a frantic search for the other glove, and finally the real murderer is unmasked. Written by [email protected]
Also known as: Washington Melodrama (on a region-free DVD). 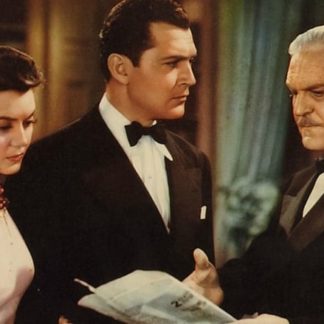