3.2
Director: Bill CorcoranWriters: Brian KatkinStars: Tara Reid, Jonathan Scarfe, Corbin BernsenSummary: There is a break in the Universal BioTech laboratory and vipers escape. The CEO Burton seeks out Dr. Vera Collins, who is researching the healing of breast cancer using the vipers' venom, and tells that the secret facility was researching enhanced vipers to produce more venom. Meanwhile in the peaceful island Eden Cove, in the Pacific Northwest, the vipers attack the residents. The newcomer Cal Taylor, who has come from the army, leads a small group of survivors to attract the vipers and save the locals from complete destruction and they discover an evil plan of Burton and his chief of security John Staffen. Written by Claudio Carvalho, Rio de Janeiro, Brazil
Also known as: Vipers (on a region-free DVD). 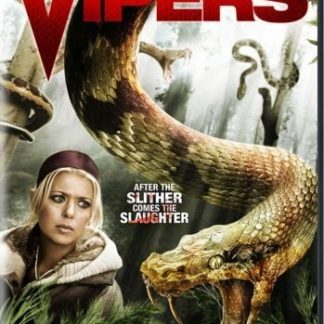