Reign of the Gargoyles (2007) starring Joe Penny on DVD


This sale is for Reign of the Gargoyles (2007) starring Joe Penny on DVD.

3.7
Director: Ayton DavisWriters: Chase ParkerStars: Joe Penny, Wes Ramsey, Sean MahonSummary: One of Himmler's grim Nazi relic hunting teams managed to unleash, but not control, a demonic force in castle mountain caves in occupied continental Europe. It breathes life into gargoyles, which terrorize not only the area but also passing allied bombers. Operating from Kent, first an RAF squad and then a USAF squad sent to rescue them suffer heavy losses. Crash survivors combine, advised by local resistance and legend, in a desperate fight against the hell-breed, with rebellious ace pilot Will in the ultimate star part. Written by KGF Vissers
Also known as: Reign of the Gargoyles (on a region-free DVD). 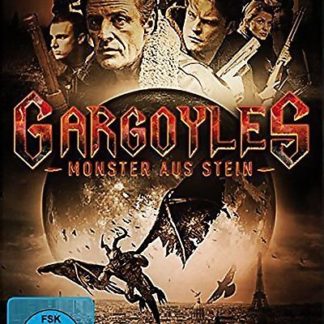