This sale is for True Bond (2007) starring Graeme Cornies on DVD.

6.7
Director: Jane ArmstrongWriters: Michael LaVoie, Gary LangStars: Graeme Cornies, Nick Abraham, Michael LomendaSummary: James Bond is a worldwide icon, but is Ian Fleming's creation based on a real character? This documentary profiles the wartime exploits of Dusko Popov, a double-agent who worked for Britain and the U.S. against Germany, and reveals how Fleming used his imagination to weave the adventures of Popov and others into "Casino Royale" and subsequent James Bond stories. Includes clips from Bond films and classified wartime footage, plus interviews with MI6 figures, Popov's son, Hilary Saltzman (daughter of James Bond producer Harry Saltzman), David Giammarco ( actor and author of the best-selling book "For Your Eyes Only: Behind the Scenes of the James Bond Films"), Andrew Lycett (Ian Fleming biographer), and other experts on the clandestine world of Ian Fleming and the James Bond films. Written by True Bond Productions
Also known as: True Bond (on a region-free DVD). 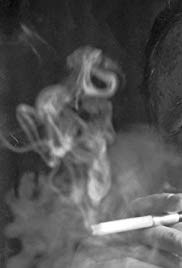