This sale is for Silver Jew (2007) starring David Berman on DVD.

7.3
Director: Michael TullyStars: David Berman, Cassie Berman, Adam ComanSummary: An intimate portrait of reclusive poet/musician David Berman and his band the Silver Jews. In the midst of their first ever world tour in the summer of 2006, David, his wife Cassie, and the rest of the band--Tony Crow (keyboards), Brian Kotzur (drums), Peyton Pinkerton (guitar), and William Tyler (guitar)--stopped off in Israel to play two shows in Tel Aviv and visit Jerusalem. Written by Anonymous
Also known as: Silver Jew (on a region-free DVD). 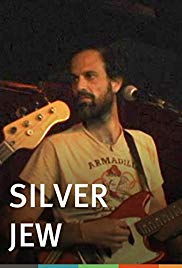