This sale is for Train Ride to Hollywood (1975) starring Willis Draffen Jr. on DVD.

4.2
Director: Charles R. RondeauWriters: Dan GordonStars: Willis Draffen Jr., Charles Love, Charles McCormickSummary: Harry Williams, member of the rhythm & blues band, Bloodstone, is about to go onstage for a concert when he is hit on the head. The rest that follows is his dream. The four band members become conductors on a train filled with characters and (impersonated) actors from the 1930s, such as W.C. Fields, Dracula, and Scarlett O'Hara. Various songs are featured. The singing conductors are obliged to solve a mystery; Marlon Brando is murdering Nelson Eddy, Jeanette McDonald and others by suffocating them in his armpits. A wacky funeral, a fight with a gorilla, and the threat of being turned into a wax museum figure are all part of Harry's dream. Written by Fiona Kelleghan <[email protected]> 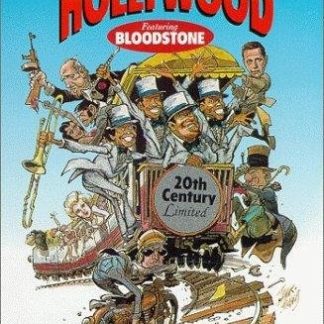