5.1
Director: Charles W. Broun Jr., Joel HoltWriters: Charles RossStars: Jayne Mansfield, Robert Jason, Fernand AubreySummary: Jayne takes us on a review of her last world tour. She takes us through Rome, shares a fantasy about Roman athletes, and then is off to Cannes. She takes a trip to the nudist colony on the Isle of Levant, where she almost kind of joins in. Then it's off to Paris, where she gets a beauty treatment from Fernand Aubrey, and attends some racy dance revues. In New York and Los Angeles, she visits some topless clubs and listens to a topless all-girl pop band. The film wraps up with some posthumous footage of her family in mourning. Written by Ed Sutton <[email protected]>
Also known as: The Wild, Wild World of Jayne Mansfield (on a region-free DVD). 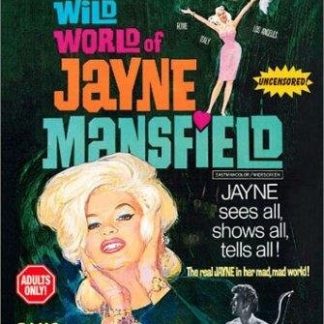