This sale is for The View from Pompey’s Head (1955) starring Richard Egan on DVD.

6.1
Director: Philip DunneWriters: Hamilton Basso, Philip DunneStars: Richard Egan, Dana Wynter, Cameron MitchellSummary: Anson Page, a lawyer with Southern roots leaves New York, his wife and his kids for Georgia. His assignment is to investigate the case of Garvin Wales, a famous writer, now nearly blind and embittered, whose royalties have apparently never reached him. Back in his native South, Page finds himself immediately exposed to what he had fled : racial and class prejudices. But he also meets his former love, Dinah, now married to go-getter uncouth businessman Mickey Higgins. Will he find out whatever happened to 2,000 dollars in rights Wales did not cash? Will Dinah and Anson renew their love story? Written by Guy Bellinger
Also known as: The View from Pompey's Head (on a region-free DVD). 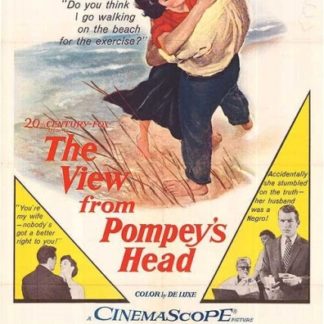