This sale is for The Unholy Night (1929) starring Ernest Torrence on DVD.

5.8
Director: Lionel BarrymoreWriters: Ben Hecht, Edwin Justus MayerStars: Ernest Torrence, Roland Young, Dorothy SebastianSummary: On a dark foggy London night, someone tries to strangle Lord Montague, but he escapes. Only to discover the four other men who did get killed were old regimental comrades in Gallipoli. When Scotland Yard gets Monty to gather the other nine surviving officers at his home, one of them is murdered, and no one else has entered the house. Now, they must determine who the murderer is. Written by Kathy Li
Also known as: The Unholy Night (on a region-free DVD). 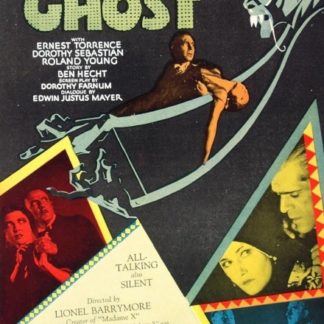