The Spaghetti West (2005) with English Subtitles on DVD


This sale is for The Spaghetti West (2005) with English Subtitles on DVD.

7.3
Director: David GregoryWriters: David GregoryStars: Ferdinando Baldi, Manolo Bolognini, Enzo G. CastellariSummary: For about ten years, from 1964 to 1973, Italian production crews made hundreds of Westerns. This documentary looks chronologically at that enterprise, starting with the success of Sergio Leone and Sergio Corbucci: their silent anti-heroes gave Clint Eastwood and Franco Nero stardom. The genre then shifted to political films of the collective downtrodden facing the state. The genre ended, spent, in comedy and farce. Along the way, argues this documentary, the spaghetti western established a language of filmmaking rooted in post-war cynicism and moral ambiguity, with cinematic tropes, including close-ups, violence, and soundtracks, that influenced filmmaking in Hong Kong and the U.S. Written by <[email protected]>
Also known as: The Spaghetti West (on a region-free DVD). 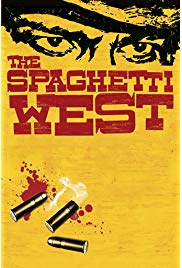