This sale is for The Other Side of Midnight (1977) starring Marie-France Pisier on DVD.

6.2
Director: Charles JarrottWriters: Sidney Sheldon, Herman RaucherStars: Marie-France Pisier, John Beck, Susan SarandonSummary: During WWII, beautiful Noelle meets dashing American pilot Larry in France and falls in love. She expects him to marry her, but instead he abandons her and meets successful Catherine in the United States and they marry. But Noelle hasn't forgotten him even as she's become a successful actress. She maneuvers to have Larry hired as the private pilot of her wealthy and powerful lover Constantin so she can seek revenge on him, but instead they rekindle their passion. Desperate to be together, they make deadly plans. But soon the lovers face a terrible fate determined by the jealous Constantin using Catherine as his pawn. Written by Anonymous
Also known as: The Other Side of Midnight (on a region-free DVD). 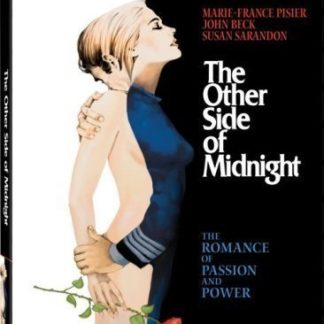