This sale is for The Naked Queen (2007) starring Bruce Alexander on DVD.

Director: Daryl VervilleWriters: Daryl VervilleStars: Bruce Alexander, Hilary Black, John ConroySummary: A cultural critique of the mythic foundations of the war on drugs that has in essence become a war on cannabis. Starting with the ancient history of cannabis and leading to the extremism of US federal policy, this feature documentary strips away the propagandist illusions about cannabis. The Naked Queen explores cannabis from a cultural rural Canadian perspective. It finds the common sensibilities around the issues of growing and using cannabis. The film looks at the myths around the demonization and asks why an increasing amount of money is being spent to keep this plant in prohibition? How does the potential extradition of three Canadians to the United States (for selling pot seeds) affect our personal and national sovereignty? Written by Daryl Verville
Also known as: The Naked Queen (on a region-free DVD). 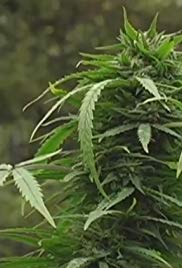