This sale is for The Lineup (1958) starring Eli Wallach on DVD.

Director: Don SiegelWriters: Stirling SilliphantStars: Eli Wallach, Robert Keith, Richard JaeckelSummary: In San Francisco, two police inspectors are on the case when a rogue taxi driver, with the help of a rogue porter, manages to steal the suitcase of an antiques collector before running down a cop, whose dying gesture is to shoot the cabbie dead. The inspectors discover that a statuette in the suitcase contains heroin. Meanwhile, a psychopathic gangster, his malignant mentor and their dipsomaniac driver have the job of picking up the other heroin shipments, hidden in the luggage of unsuspecting travelers. All goes well until they attempt to retrieve the heroin stuffed in a Japanese doll. A little girl and her lovely young mother have the doll, but when the crooks take possession of it, they find that the heroin has mysteriously vanished. Written by J. Spurlin
Also known as: The Lineup (on a region-free DVD). 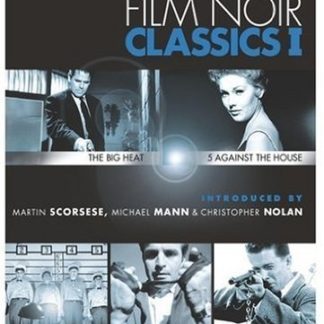