This sale is for The Island (1980) starring Michael Caine on DVD.

Director: Michael RitchieWriters: Peter BenchleyStars: Michael Caine, David Warner, Angela Punch McGregorSummary: In New York City, journalist Blair Maynard convinces his editor to travel to Florida to investigate the mysterious disappearance of ships in the Bermuda Triangle area. Maynard is divorced, and his ex-wife sends their son Justin to stay with him while she is travelling with her boyfriend. Maynard brings Justin with him and promises to go to Walt Disney World with him. However, he tells Justin that they will travel to the Bermuda Triangle, but their plane crashes in an island. Maynard rents the boat of the local Dr. Brazil to fish barracuda with his son, but they are attacked by pirates and Maynard kills one of them in self-defense. They are captured and find that they are trapped in an island with pirates under the command of John David Nau. Maynard is forced to be the substitute for the husband of the widow Beth and Justin is brainwashed and converted into a pirate. Now Maynard tries to find a way off of the pirate island. Written by Claudio Carvalho, Rio de Janeiro, Brazil 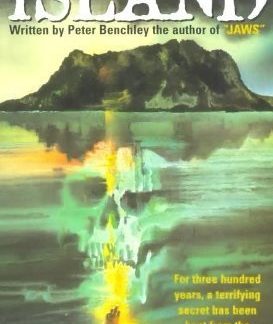